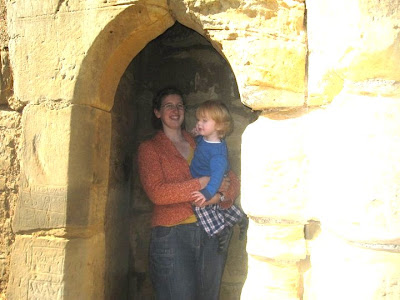 It came to me with something of a jolt this morning, that I have been most frightfully dilatory in fulfilling the requirements of a grandmother.
I was idling away half an hour or so scrolling through my news feed on Facebook. No, It won't do. I must confess at once that I am mentioning this only to impress you. It has taken me longer than I expected to gain ascendancy over the controls of the computer, and I admit that now I have understood some of the basics I can be unbecomingly inclined to brag.
Even so, you know, I was browsing in my Facebook news feed, disturbed as always by the number of my friends whose lives seem to revolve unrelentingly around what has been served them for dinner, and a perennial and tedious obsession with chocolate. But that was not what I intended to say. Where was I? Ah, yes.
What caught my attention this morning was a number of posts from other grandmothers, proudly displaying photographs of their infant relatives, describing them as cutie-pies and precious ones - and I could feel myself instantly uneasy.
Gus is a pleasant child - I think. His father, the third Woolsey Herman Augustus Tinsellbaum has a fine pigtail of which he is both protective and proud, and I believe it to be his intention to give young Gussie the opportunity to be the equally proud originator of his own similar pigtail.
The raw materials of this forthcoming pièce de résistance hang meanwhile in an impenetrable thicket descending to his upper lip. When Aurora and I took him to tea at Fortnum and Mason last Thursday, he seemed disappointingly uninterested in the marvellous array of little cakes the waitress brought to our table, until I bethought me to remove a kirby grip from my own coiffure and affix him a little top-knot, whereupon he gazed in amazement at first his mother and then me, then with a cry of 'AHAAAAA!' fixed his gaze on the cakes like a true Englishman.
So though I think he is a sweet-natured personality, it remains at the present time impractical to look with penetration into his eyes - 'the windows of the soul' as I'm sure you've read elsewhere. But we get along very well, even though expressions such as 'cutie-pie' and 'precious' have at no time been the vocabulary of my upbringing.
Anyway, seeing how assiduously my contemporaries were fulfilling their ancestral role, it seemed incumbent upon me to do my duty and make a visit to darling Aurora. I felt it had been a wise decision. How it lifted my heart to see their cheerful faces as they stood waiting to greet me in the doorway of their lovely abode.
It's not as if Aurora sits at home waiting to be visited of course. Such is Woolsey's prominence (obscure to me but, I am persuaded, very real) in the world of finance that little Gussie already has a position on the boards of three high street banks, and what with that and the Radical Mothers Front and Boobs Are For Babies, Aurora's little Porsche barely has the chance to cool down its engine.
She reads voraciously too, passing on to me any texts in which I have shown an interest. Even now on my bedside table I have a little stack waiting: These Sinister Apron Strings (winner of Year of the Child runner-up), The Umbilical Cord As Archetypal Shackle (an indispensible call to resist the New Pedagogy), Politics of Motherhood - an exposé of contemporary abuse, and 'Garry - poignant revelation of the world of the elective mute'. I must say they all look completely fascinating; so much so that I hardly know where to begin!
'AHAAAA!' little Gussy shouted as he saw me approaching the house. Though he can see very little and I am shockingly unsatisfactory as a forebear, I think we have managed to establish a remarkable rapport.
The use of the word (forebear) recalls to my mind an ancient Lay Reader who used to reside in our parish - this was some years ago, the man in question has been called home to glory some while since now. He used to be relied upon to preach whenever our rector was away on some other pressing business over a weekend. Our reader's sermons were sustaining but I have to say they did not sparkle.
His delivery was ponderous in the extreme, though his education at Harrow and then Oxford and finally formation in ministry at Ridley Hall must surely have seen that the content was utterly sound. I confess my mind used to wander a little. I hit upon St Paul's exhortation that women should ask their husband to explain the sermon when they go home, but every time I asked Henry he admitted to having dozed a little so his intake had become unhelpfuly fragmented.
I usually found myself able to concentrate at least upon the preamble. I recall one Sunday when he began: 'It was during the summer of '23, that my great uncle went to sea...' I was rivetted for a moment, thinking the entire presentation was to be in rhyming couplets - but alas I was wrong.
My fondest memory of his preaching was the sermon that started even more ponderously than usual - absolutely slow motion:

Marvellous!
Now I am a forebear (or possible a fivebear) myself, it has pressed in upon me that I must do my level best to shake off all frivolity and fulfil my duties with a consciousness of the responsibility and privilege that they are. And I had a jolly nice time with Aurora and little Gussie; though the southern drawl of his Tinselbaum ancestry is unmistakeably apparent in his rendering of the simple word: 'Bye!'
The 'AHAAAA!' has been learned, I suspect, from his mother, from whose library books startling revelations of neural psychology and the wiring of the infant brain tumble in unbelievable profusion.
Dear Gussie. I wonder what he will be when he grows up? Surprised, I suppose, as we all are.
Posted by Pen Wilcock at 13:52

upon her life, times, household, garden and family.

To own true beauty,
Cultivate it from within:
Beauty shines through skin.

Ladies who are role models for us

The real lady is interested in more than just looking the part. It's not a question of fashion but of fundamental character.
(Laura Barber)

Websites that may interest you